Viruses are curious entities, whose origins are shrouded in mystery! Here is an up-close look at our  virus keychain :

Among the Human Herpes Viruses (HHV).are several which are well known, such as Epstein Barr virus, Varicella Zoster Virus (the cause of Chicken Pox), and the ever popular Herpes Simplex Viruses.

This image shows the keychain in its fully closed position. What you see is the virus' envelope, studded with glycoproteins, which interact with receptors on the surface of the cell it will infect, allowing the envelope to merge with the cell's membrane, ejecting its contents into the cell's interior. Some viruses, such as the rhinoviruses and adenoviruses (which cause cold infections in humans) do not have this envelope. 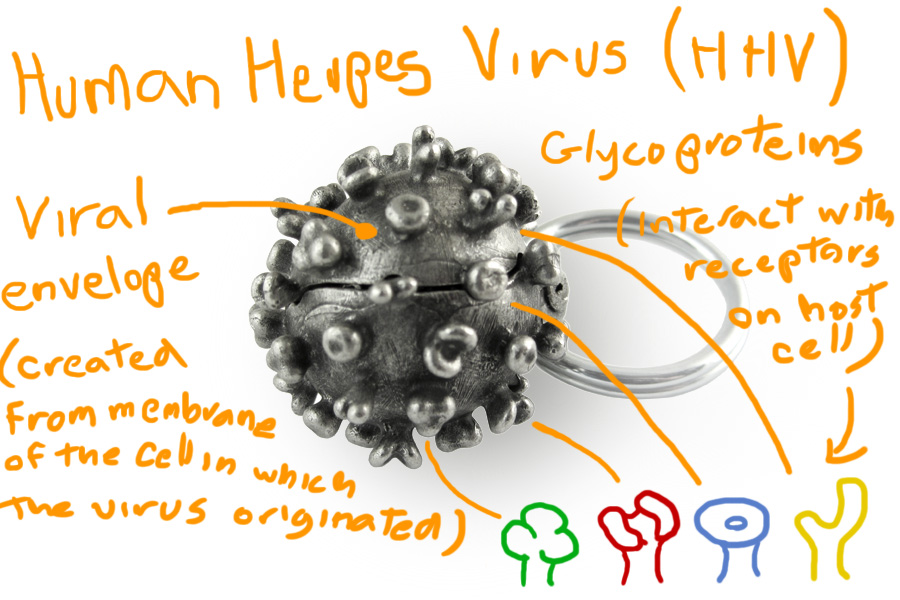 This image shows the cell envelope opened, to reveal the capsid within. The strangely mechanical-looking capsid is formed from a matrix of protein subunits known as capsomeres. If you look very closely at our keychain, you distinguish between these proteins. 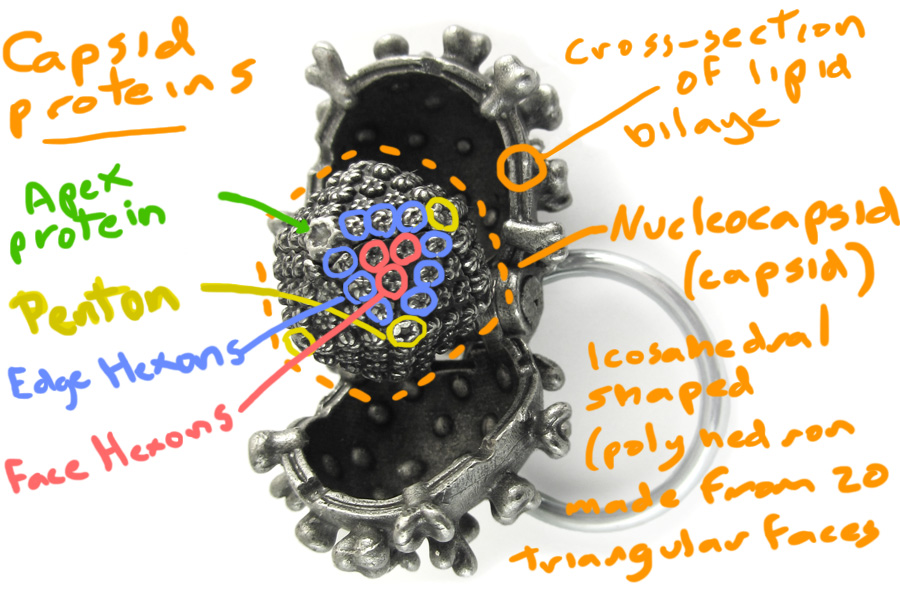 This image shows both the envelope and the capsid opened to reveal the virus' DNA within. This DNA, when integrated into the DNA of the host cell, causes the host to produce more viruses!